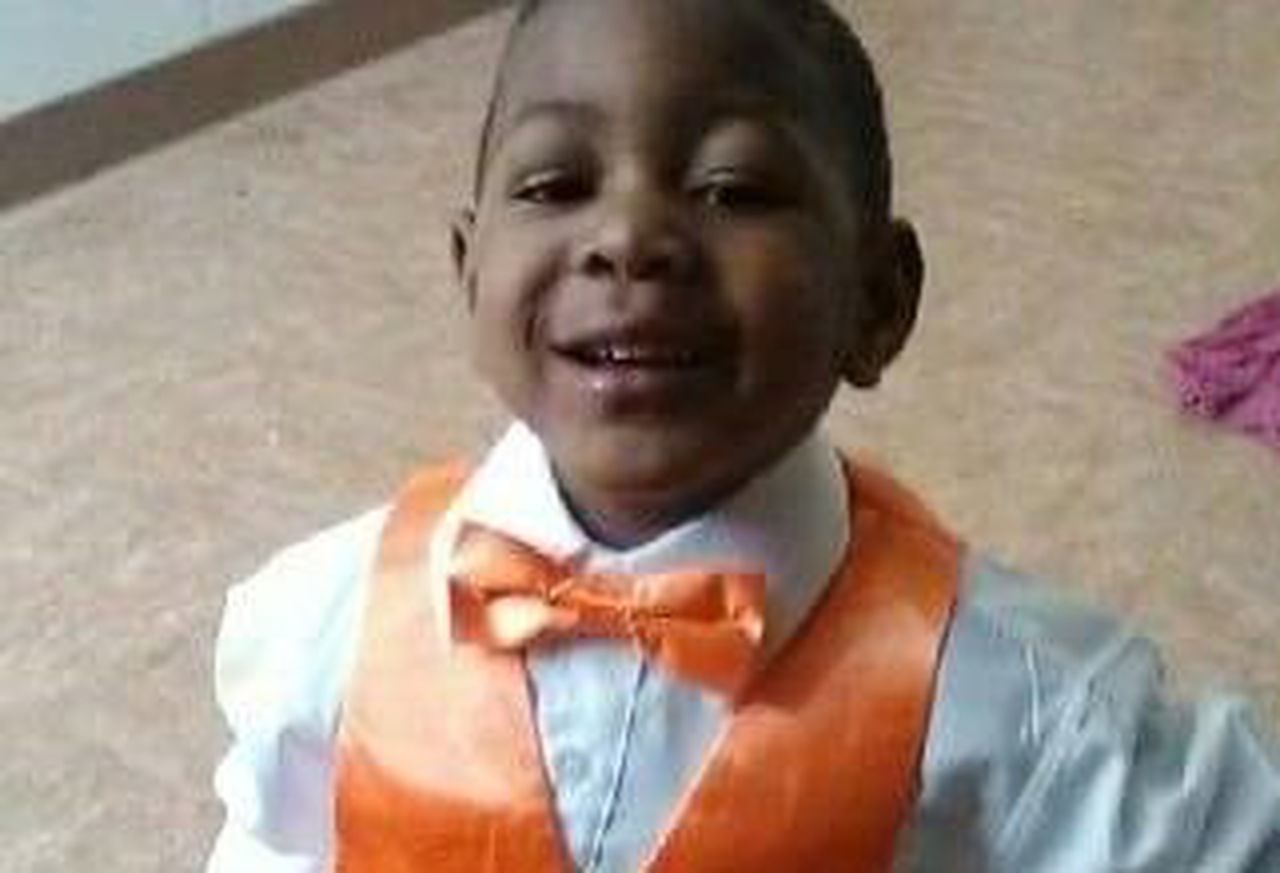 BROOKLYN, Ohio — The woman accused of fatally shooting her 6-year-old son at a Brooklyn hotel had been diagnosed with mental illnesses, including schizophrenia, said her father. The boy’s family unsuccessfully tried to get custody of the boy when they saw her condition worsen, he said.

Donald E. Bringht Sr., the father of Daneicha Bringht and grandfather of 6-year-old Kaamir Bringht, said in a phone interview that family members repeatedly tried to coax Daneicha Bringht into treatment, and when that failed, turned to the Cuyahoga County Department of Children and Family Services to see if he or Daniecha Bringht’s mother could care for the boy.

DCFS was involved with the family when Kaamir died.

“We all tried to get her help and in more than one state,” Donald Bringht said. “Her mother was trying to get the baby from her, and social services stated, we don’t take kids from their parents anymore.”

Daneicha Bringht, 30, is charged with aggravated murder in connection with the Saturday shooting at Fairfield Inn and Suits hotel on Tiedeman Road near Brookpark Road in Brooklyn.

Police wrote in court records that she admitted to shooting her son several times, including in the head and abdomen, after initially reporting to police that a man shot her and her son inside her hotel room. It’s unclear why she and her son were staying at the hotel.

She is being held in the Cuyahoga County Jail on $500,000, and her case will be reviewed by a county grand jury that will decide how the case will proceed.

“He was remarkable,” Donald Bringht said. “He was eager to learn what the bigger kids were able to do, like riding a bike. He wanted to do everything.”

Donald Bringht said Kaamir was Donechia’s only child but had about seven siblings on his father’s side.

Bringht said his daughter started showing signs of mental illness about four years ago. He said she’d call family members, and once the family’s pastor, and left bizarre and “nasty” messages. In one incident, a family member reported to Cleveland police in 2018 that Daneicha Bringht sent her threatening messages after she babysat Kaamir.

Bringht said his daughter struggled and often refused help from family during a chaotic time in her life. She was evicted from her Cleveland home in 2017 for failing to pay $450 rent for four months.

Later that year, Lakewood police arrested her after officers found her intoxicated and walking with the boy, who was not strapped into a stroller. Police noted she had an open bottle of brandy and a marijuana blunt in the stroller. She pleaded no contest to drunken disorderly conduct and marijuana possession and ordered to pay $292 in fines and court costs.

While living in Parma in December 2018, Daneicha Bringht told police she allowed a friend to live with her, but when she kicked him out, he threw a cinder-block through her window.

In October 2019, Parma police tried to track her down because she didn’t pay a $38 bill at a restaurant, according to police reports. A family member later paid the bill for her, according to the reports. In another incident the same month, a gas station employee called police because Daneicha Bringht was asking customers for money. Parma officers found her walking with her son. She told the officers she had no way to get home, so the officers drove her there.

In another incident in February 2020, a neighbor in Parma reported hearing her and a man argue, someone mention a gun, and heard the boy crying. Police dispatch logs say the man was gone when officers arrived and the boy was unharmed.

“Whenever I tried talking to her about getting help, she’d just start talking about something off the wall and change the subject,” he said.

“Every day she was doing it [to her son] and every day it was getting reported to children services,” Donald Bringht said. “But they didn’t do anything.”

Cuyahoga County spokeswoman Mary Louise Madigan on Monday ignored requests for information about Bringht’s history with DCFS. On Tuesday, she said the agency had an open case with DCFS.

DCFS opened a case on Bringht on April 1, her second case in 2021, Madigan said.

Madigan said the agency “had questions” about Bringht’s parenting, including how she doled out punishment and if she provided basic needs for her son. Madigan said there were no accusations of physical abuse.

A social worker conducted virtual meetings with Bringht because a family member had COVID-19, Madigan said.

The social worker interviewed Kaamir, who said he was not in fear of his mother, Madigan said. The case was active at the time of Kaamir’s death, and DCFS was providing assistance to Bringht, Madigan said.

DCFS also opened a case with Bringht on Jan. 22 regarding what Madigan said was “deplorable” housing conditions. She said social workers counseled Bringht and that the home was cleaned and that Bringht addressed the issues found by social workers before DCFS closed the case.

It’s the second time in recent weeks in which a child with an open DCFS case was fatally shot. Hershawna Rias, 17, was in a foster home and officially in DCFS custody at the time she ran away from her foster home in Parma. Two days later on April 9 she was shot to death at Martin Luther King Jr. Park in Cleveland’s Glenville neighborhood.

Bringht said the shooting left their family shocked, saddened and scared for Daneicha. He said regardless of what happens in the court case, she needs mental healthcare.

“I don’t hate my daughter, but I hate what she did,” he added. “I’m praying for her. If she goes to prison, I don’t know what will happen to her.”

He said because of coronavirus restrictions, he hasn’t been able to visit his daughter in jail, and may not be able to for some time.

“I’m losing my grandson, maybe my daughter for the rest of her life, and all want is for someone to help her with mental illness,” Donald Bringht said. “If she needs to be in a psych ward for the rest of her life, that’s fine. I just want her to get some help. Once she realized what happened, it’s going to destroy her even more. I don’t think she really knows what happened.”

Depression And Insomnia: What Is It & How To Treat Depression Insomnia

A review of patient and public involvement in realist reviews: further clarity needed in reporting of PPI