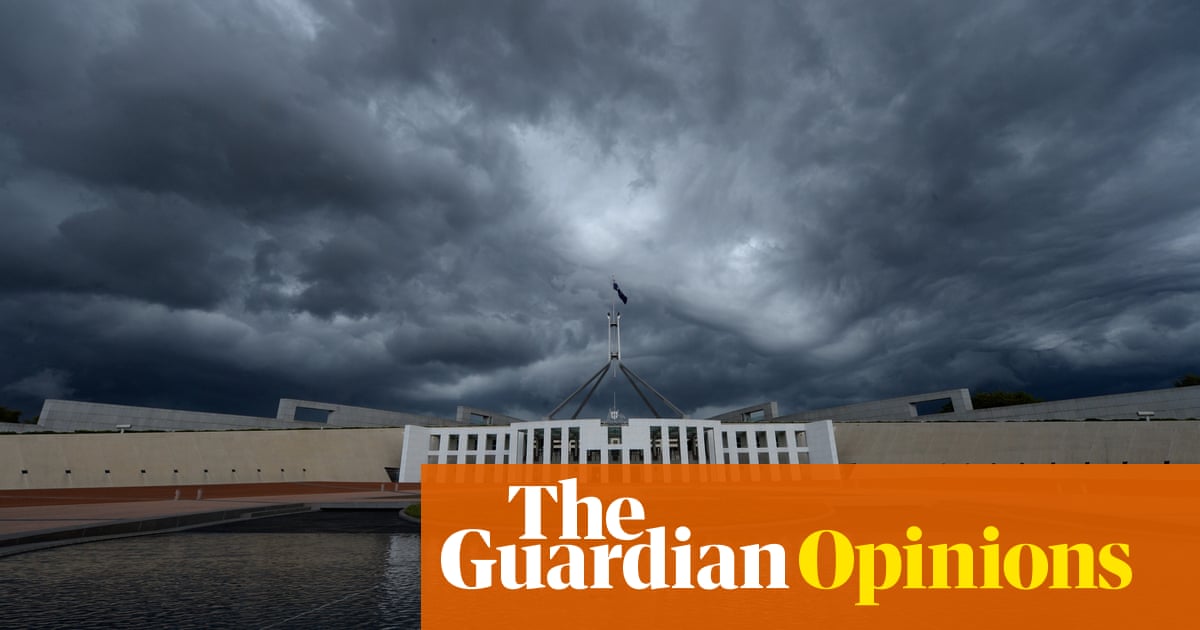 The HR manager across the desk looked at me as if I were a bomb about to go off.

I suspect it was the first time she’d had to deal with a real-life “mentally ill” employee.

She was there to assist my transition back to work after a near five-month absence, battling a crippling episode of anxiety and depression.

I’d recovered and was eager to return, but the paperwork left me cold.

One form asked which duties I could carry out – stating this was to secure not only my safety but the safety of my colleagues. The implication was I posed a risk to those around me.

That was six years ago.

I had hoped we’d moved past outdated notions that people experiencing mental illness are inherently bad, erratic or dangerous.

But the tawdry events of the last month in federal parliament have not only reinforced stigmatizing stereotypes, but they’ve also seen them politicized.

This week, Liberal MP Andrew Laming was granted paid mental health leave to seek counselling and empathy training after media reports revealed complaints that he had harassed two women online – one who said it pushed her to the brink of suicide. Laming denied any impropriety in taking a photo of another woman’s bottom as she bent over with her underwear visible above her shorts, claiming it was a “completely dignified” picture of a woman in her workplace as she was stacking a fridge.

But while the Queensland backbencher has announced he won’t contest the next election, the prime minister, Scott Morrison, has refused to call for Laming’s resignation, saying he will remain in parliament and that he “needs to seek help to change his behaviour”. A statement from the Liberal National Party on Sunday said Laming would receive “clinical counselling for as long as is required.”

The language here is important.

For decades, seeking help is something that people who are struggling have been urged to do.

It’s been part of a concerted push by the mental health sector to save lives by removing the culture of shame, discrimination and stigma historically associated with mental illness.

Framing Laming’s actions through the lens of “needing help” invite us to view him as unwell, and deserving of sympathy, not condemnation.

I’m not here to judge his emotional state. I make no assumptions about whether he does or does not experience mental health issues.

And I acknowledge that counselling and empathy training have a place in men’s behavioural change.

But what impact does conflating possibly illegal or improper behaviour with mental illness have on efforts to change community attitudes to those who live with mental health conditions?

It would be profoundly troubling if the public’s take-home message from these events is to draw a direct line between mental illness and antisocial behaviour.

One in five Australians will experience a mental health condition in any given year.

As one of them, I can confidently say that my anxiety or depression has never caused me to act in a manner so nakedly offensive that it would require me to issue a public apology and face calls to quit my job in disgrace.

By attributing this kind of behaviour to mental health issues we legitimise stigma by perpetuating the myth that people living with such conditions are a risk to society and have no control over their actions.

And it ignores a stark reality – that people experiencing mental illness are far more likely to be victims of crime than perpetrators.

It’s not the only misconception about mental ill-health that’s been peddled during the broader and highly triggering a public debate about sexual assault and the treatment of women.

A low point was the publication of personal diary excerpts from a woman who alleged she was raped as a 16-year-old in 1988 by Australia’s former attorney general Christian Porter when he was 17 – a claim he stridently denies. The woman is reported to have taken her own life last year.

The journal entries were accompanied by a write-off from journalists – one of whom was open about the fact he is a close personal friend of Porter’s – suggesting that some had speculated the complainant’s experience of bipolar disorder meant she may have imagined being raped.

It then invited readers to “judge for themselves” the veracity of her account.

The article prompted national mental health charity Sane Australia to issue a statement calling the publication in The Australian “stigmatising, harmful and offensive.”

They said it reminded people who have experienced mental health issues, trauma or distress of having their experiences invalidated because of their mental illness.

“… their [journalists’] suggestion that the general public should judge her on the basis of her experience of mental ill-health fails every single ethical test,” Sane CEO Rachel Green said.

This weaponizing of mental illness has made a traumatising period more distressing for many people who grapple with mental ill-health.

Lifeline experienced the highest call volume in its history in the days after the story broke of Brittany Higgins alleged rape at Parliament House.

It made me reflect on the contents of my own journals, which I’ve kept since 2014 as part of my therapy.

These private diaries are a safe space to dump my fears and stop me from falling into the dark rabbit holes my mind sometimes takes me down. But if they were to be read by others I’m sure I could be perceived as “unstable”. Does that make my lived experience less credible? Does it make me a risk to society?

This is the danger of using mental illness as a political football.

It sends a clear message to people who are struggling that they are fundamentally damaged.

It’s a message that can cost lives.

Jill Stark is an author and mental health advocate