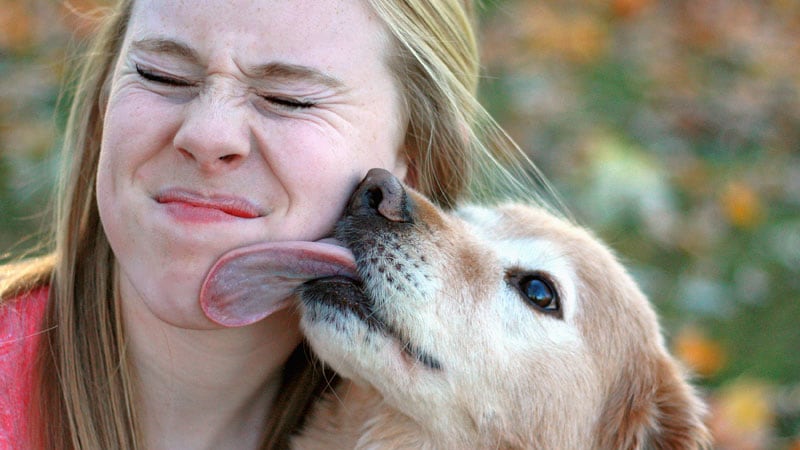 Investigators followed 11 community-dwelling adults with SMI who were paired with a shelter dog or cat for 1 year. Participants’ depression, anxiety, and loneliness were assessed at baseline and 12 months after receipt of their ESA.

At regular home visits during the study, participants also underwent saliva testing before playing with their pets and after 10 minutes of enjoyable pet, interaction to assess levels of oxytocin — a biomarker associated with bonding — as well as cortisol and alpha-amylase, which are markers of stress.

Significant reductions in measures of anxiety, depression, and loneliness were found between baseline and 12 months for all participants. Moreover, there was a pattern of an increase in levels of oxytocin and a decrease in levels of cortisol after 10 minutes of ESA interaction, but the degree of change did not reach statistical significance.

“Although this was a small pilot study and the findings are correlational, rather than causal, we can nevertheless say from the self-report of this group of participants and from the data collected that having an emotional support animal was beneficial to their mental health,” lead author Janet Hoy-Gerlach, LISW-S, PhD, professor of social work, University of Toledo, in Toledo, Ohio, told Medscape Medical News.

“We feel this data is a strong justification for additional study, and we hope that it will be a catalyst for future research with larger samples and more rigorous methodology,” said Hoy-Gerlach, who is the author of Human-Animal Interaction: A Social Work Guide, published by the NASW Press in 2017.

The study was published online on May 20 in Human-Animal Interaction Bulletin.

An ESA is a “companion animal (pet) who helps to reduce disability-related impairment for a particular person through the animal’s presence and everyday interactions,” the authors write.

Unlike service animals, which perform specific functions, ESAs “provide benefits that fall along the same dimensions as the benefits of pets — physical, social, emotional, and psychological — and there is research supporting the role that animals can play in each of these arenas,” Hoy-Gerlach said.

ESAs require no special training. All that is needed is a letter from a medical or mental health professional “that the individual meets the definition of ‘disability’ under the Fair Housing Act and a companion animal is a needed disability-ameliorating accommodation and should be allowed in buildings that don’t ordinarily permit pets,” she noted.

There is currently no peer-reviewed research that focuses explicitly on the impact of ESAs in individuals with SMI. To investigate, the researchers turned to the Hope and Recovery Pet Program (HARP) — a community partnership of the University of Toledo, the Toledo Humane Society, and ProMedica, a large regional nonprofit Toledo-based healthcare system — that pairs community-living individuals who have depression and/or anxiety with shelter animals that require adoption. The program pays for pet food, supplies, and veterinary care for those unable to afford these.

Participants (n = 11; mean age, 53.67 years; 78% women) were recruited from the HARP program. Participants were required to be psychiatrically stable, have stable housing, live alone, be at risk for social isolation, have low income, be sober, and have no history of violence. Their primary diagnoses were major depressive disorder, bipolar disorder, and schizoaffective disorder (63%, 18%, and 18%, respectively).

Six participants adopted a cat, and five adopted a dog.

Prior to ESA adoption and at 12 months, participants completed the Beck Depression Inventory (BDI), the Beck Anxiety Inventory (BAI), and the UCLA Loneliness Scale Version 3.

Prior to ESA adoption and at 1, 3, 6, 9, and 12 months, saliva samples were collected from participants by researchers at the beginning of a home visit and then after 10 minutes of “focused pleasant interaction” with the ESA. The saliva was tested for oxytocin, alpha amylase, and cortisol.

For 18 of the 20 items on the loneliness scale, mean values were lower after the intervention than before the intervention. Of these, four were statistically significant.

Of the 21 items on the BDI scale, the mean value was lower for 19 after the intervention. Of these, five were statistically significant.

The researchers found “observable patterns” of decreases in cortisol and increases in oxytocin after the 10-minute enjoyable ESA interactions. The highest oxytocin increase occurred at 12 months; however, these improvements did not reach statistical significance.

Participants offered open-ended statements about the positive impact of their ESA on their mental health, Hoy-Gerlach said. “For example, they described feeling motivated to take better care of themselves because their ESA needed them. Some described feeling ‘comforted,’ distracted from symptoms, soothed, and calmed.

“There is definitely a place for ESAs, especially with mental health post pandemic, when we need all the resources that we can for those who can benefit,” she added.

Commenting on the study for Medscape Medical News, Christine Crawford, MD, MPH, assistant professor of psychiatry, Boston University School of Medicine, Boston, Massachusetts, observed that ESAs “are not on the radar for a lot of clinicians, and a lot of clinicians don’t know about the science [supporting their use] or what an emotional support pet entails.

“We need to educate ourselves about what other options are available to provide symptomatic relief for patients besides traditional forms of treatment, such as medication and therapy. Even a little relief is important, and having an emotional support pet is a good option,” said Crawford, who is the associate medical director of the National Alliance on Mental Illness. She was not involved with the study.