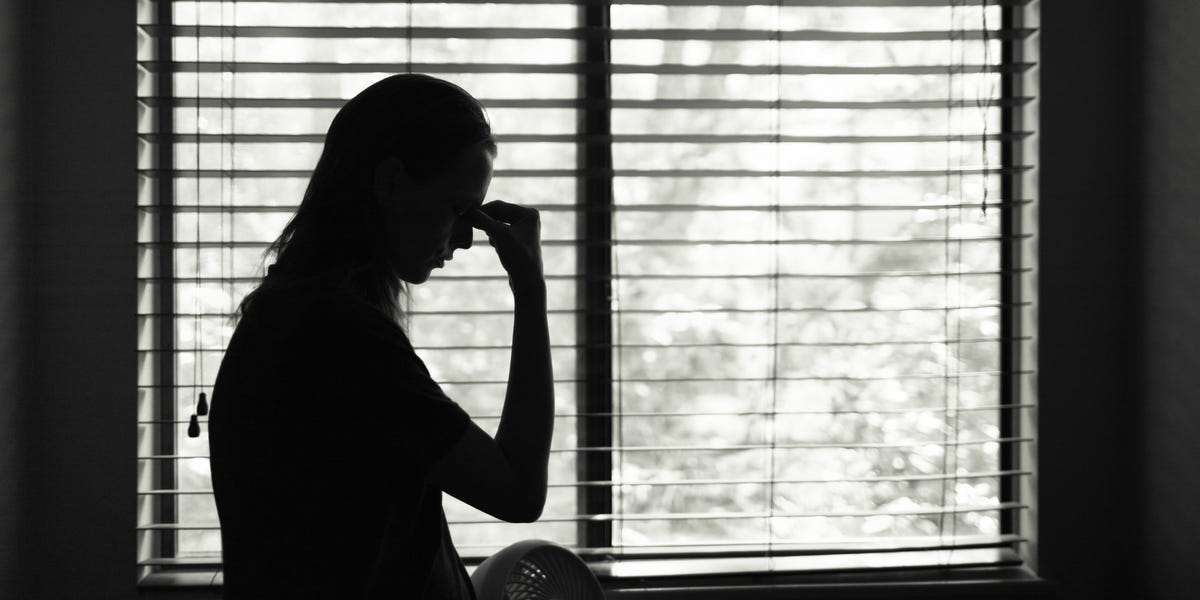 An estimated one in three people infected with COVID-19 develop a neurological condition or mental illness in the six months after, a large study published Tuesday in The Lancet Psychiatry found.

Diagnoses for these conditions were on average 44% more common after COVID-19 than after the flu, and the risk at times increased with the severity of initial illness, particularly for neurological disorders, the study authors from Oxford University said.

The study looked at more than 236,000 electronic health records, most belonging to Americans, and compared people who had COVID-19 with those who hadn’t.

The researchers said that while some neurological effects were more common in hospitalized patients, these symptoms were spotted even in patients with mild cases, suggesting more research is needed on the mental and neurological impact of a COVID-19 infection.

Paul Harrison, a professor of psychiatry at Oxford University who was the lead author of the study, told Insider he expected there to be overlap with so-called long-COVID, in which people experience COVID-19 symptoms including neurological features and mental illness for months afterward. But he said whether long COVID-19 was more common after severe illness, versus mild, was still unclear.

“We need urgent research to understand how and why the disorders occur and how they can be treated and prevented,” Harrison and his fellow authors said in a press briefing.

The most common types of mental illness identified in the six months after catching COVID-19 were anxiety and mood disorders: Seventeen percent of people received diagnoses of anxiety and 14% with a mood disorder, the study found.

The risk of both anxiety and mood disorder increased to 22% in patients who got unwell with an altered mental state known as encephalopathy, a sign of systemic infection. But generally, the severity of COVID-19 illness didn’t affect the likelihood of a mental illness.

Neurological complications like stroke, brain bleeds, and dementia were less common. People with severe COVID-19 were at the highest risk — 4% of those who were hospitalized and 7% of people who went to intensive care were found to have had a stroke within six months.

Harrison, the lead author of the study, said in a statement Tuesday that the results, “confirm the high rates of psychiatric diagnoses after COVID-19, and show that serious disorders affecting the nervous system (such as stroke and dementia) occur too.”

Harrison added: “While the latter is much rarer, they are significant, especially in those who had severe COVID-19.”

It is too early to make definitive statements or identify the specific mechanisms by which the coronavirus is affecting the neurological system.

The study authors said in the press briefing Tuesday that it was likely to be different mechanisms at play affecting the different disorders. Mental illness could be influenced by the effects of the pandemic too, they said.

It was also not clear whether people predisposed to certain conditions were at higher risk — the study found just 13% of people overall received neurological or mental-illness diagnoses for the first time.

The authors used routine healthcare data, which means there could be missing or incorrect diagnoses. It is also not known how bad the conditions were and whether people recovered after the six-month period.

Nonetheless, the study adds to a growing body of evidence linking COVID-19 to neurological and mental-health effects, both at the time of illness as well as afterward.

“The study confirms our suspicions that a COVID-19 diagnosis is not just related to respiratory symptoms, it is also related to psychiatric and neurological problems,” Til Wykes, a professor of psychology and neuroscience at King’s College London, said in a statement.