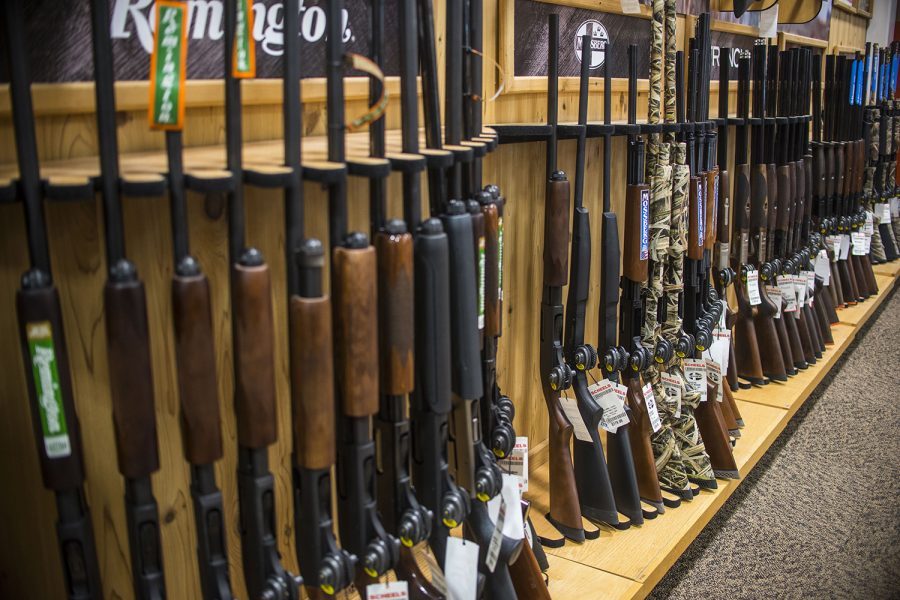 The vast number of shooters who have mental health issues and weren’t stopped by background checks, which shows improving mental health care must be part of the solution.

My dad was a Virginia Polytechnic Institute graduate student during the horrific shooting. Seung-Hi Cho, the student responsible for these heartbreaking murders, wrote violent assignments for English classes which worried his professor.

The institution recognizing the instability of Cho’s mental state in college could have prevented this tragedy.

Opponents of the bill say this will reduce background checks in Iowa and increase the likelihood of handguns getting into the hands of those who shouldn’t have them. There are mixed results about whether background checks work, but mental health reform is definitely needed to address the issue.

A 2000 study found wait periods and background checks were associated with reduction in firearm suicide rate for people aged 55 or older but not with overall homicide or suicide rates.

The University of California found no change in homicide or suicide rates when Indiana and Tennessee had comprehensive background checks. A 2018 New York Times report found many mass shootings were committed by people who passed background checks.

Additionally, A Colorado shooter passed a background check before getting his murder weapon. Many shooters plan their murders in advance, including how to get their hands on a gun. Adam Lanza Broke, the Sandy Hook shooter, stole the gun he used from his mom.

What’s important to point out is an FBI survey of 63 shooters in the U.S. between 2000-2013 found 25 percent were diagnosed with a mental illness and 62 percent experienced depression, anxiety, or paranoia in the year leading up to the attack.

Peggy Huppert, National Alliance for Mental Illness Iowa executive director, said in an article that the Hawkeye state consistently ranks in the bottom five in the country in every mental health program and service category.

A study by Mental Health America found the percentage of uninsured adults with mental illness is the highest it has been since the Affordable Care Act. In 2019, 73.7 percent of uninsured Americans said their lack of insurance was because of prohibitive cost. The National Institute for Mental Health estimates 41 percent of people with bipolar disorder and 51 with serious mental illnesses did not receive follow-up treatment.

Mental health treatment and research has been declining for years. More funding toward these issues can get more people who need it to receive help. Suicide and homicide prevention programs can help people who need it before they get to the point of hurting themselves and others. Background checks on guns alone can’t prevent people who are suicidal or homicidal from hurting others using other methods, but prevention programs for these issues might.

Background checks may or may not save lives, but bipartisan mental health reform certainly will.

Columns reflect the opinions of the authors and are not necessarily those of the Editorial Board, The Daily Iowan, or other organizations in which the author may be involved.