The recent proliferation of violent shootings and mass murders in cities and towns around the nation have spurred many people to ask, “What is going on?”

Puzzled, America’s backbone is being challenged by myriad developments converging at one time, say social scientists around Virginia.

“People are stressed out, grieving the loss of loved ones, the loss of freedoms due to the pandemic and being at home all day long,” said Dr. Cynthia Ellison, a licensed psychologist and director of the counseling center at Virginia State University. “We can typically pull from our previous coping strategies, we could transfer the learning,” she said. “But we don’t have a blueprint for dealing with life in this pandemic,” she said.

The challenges outlined by Dr. Ellison and her peers range from the impact of the potentially fatal airborne COVID-19 virus that has killed millions in the past year, including more than 10,600 Virginians, and disrupted all aspects of society’s regular routine, to the demands of the “impatient generation” for social equity and a number of developments in between, they say. 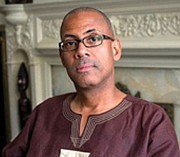 “You can’t pinpoint one thing” as a cause of the violence and incivility, said veteran psychologist and Virginia Commonwealth University Professor Dr. Shawn Utsey.

Dr. Utsey, who is championing a revival of the Virginia Association of Black Psychologists, echoed colleagues’ calls in cautioning against lumping every concern about a traumatic incident into the category of “that person must have been crazy.”

“There are different levels of stress impacting people,” said Dr. Ernestine Duncan, a psychology professor at Norfolk State University and frequent participant in university and community talks about coping with and enduring life’s challenges.

“Stress is not mental illness,” Dr. Duncan noted, adding that these two things are far apart on the personal health scale.

In fact, a small fraction of the mass murders—less than 8 percent based on a recent Columbia University study of mass deaths and murders during the past 50 years—show a direct relationship to mental illness, she said.

Citing “stress” as perhaps a “significant” contributor to the chaos today, she said people are confronting challenges in “clusters,” complicating a self-defense strategy.

Dr. Ellison voiced the same caution against putting the range of ailments into the “same box” and summing up public troubles to mental illness. Citing reports of the surge of violent behavior among young people, she said there is a story behind each incident and each needs study individually. Not every incident can be written up as mental illness.

So many people feel “tired of being marginalized and are becoming more vocal,” not knowing the difference between being “assertive and aggressive,” Dr. Ellison said.

She said people are “speaking their truth and are less afraid” than in past generations when an older adult speaking would mean silence among the young. Today, people need to assert themselves “in a respectful way without screaming and name calling,” Dr. Ellison said. She said that’s a piece of advice she shares with students and others who are learning to better manage stress.

Dr. Utsey calls those self-defense strategies in a self-defense toolbox, noting too many people don’t have their personal coping tools fully developed.

The landscape is different today than in the past, said Dr. Joann Thomas-Wilson, a noted clinical psychologist in Metro Richmond for several decades.

“Part of this is associated with frustration of the American life,” she said, adding the traditional combination for success — working hard, being nice, kind and considerate — isn’t working in the minds of young people. More and more people under age 40 are saying, “ ‘As hard as we try, we can’t get ahead,’ ” Dr. Thomas-Wilson said she finds in her consultations.

Younger people’s “sense of what’s right is distorted,” said Dr. Thomas-Wilson. “Part of this is out of frustration and part is recognizing they can’t beat the system.”

Speaking about the rash of young people involved in violent and, sometimes deadly, behavior, Dr. Thomas-Wilson said, in some cases the young person “didn’t have the emotional guidance they needed. Now they are just angry people. If they are at the end of their line, they snap,” she said. “Anger is what manifests itself.”