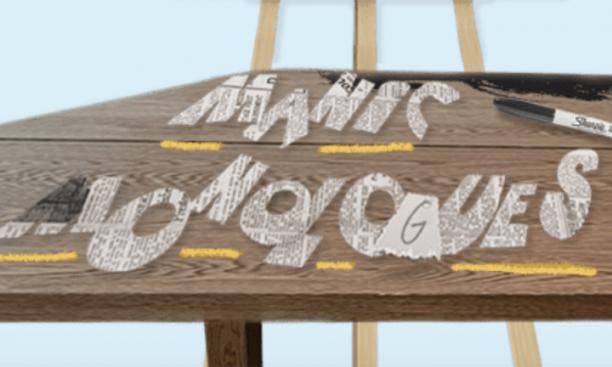 A screenshot from the interactive website of the Manic Monologues.

‘It’s actually fantastic to offer your truth to the world,’ said Dalton Delan ’76

For all the joys Dalton Delan ’76 experienced during his time as a Princeton student, he also recalled moments of pain. There were students who died by suicide while he was at the University, he said. The connection between students and mental health has always deserved attention.

Those memories and Delan’s current role as managing director and chief content officer for the media division of One Mind, a nonprofit focused on brain research, are what piqued his interest in The Manic Monologues, a performance focused on conversations about mental health.

“When something like this comes along … that makes us realize that we’re not alone and … it’s not only brave, but it’s actually fantastic to offer your truth to the world and to be public, that’s art and disruption at its greatest,” said Delan, whose team served as a funding and marketing partner for the production.

Originally created by Zachary Burton and Elisa Hofmeister, an online production of The Manic Monologues was put together by McCarter Theatre Center in association with Princeton University partners, including the Lewis Center for the Arts, Counseling and Psychological Services, and the TigerWell initiative. Program in Theater lecturer Elena Araoz conceived and directed this virtual edition of The Manic Monologues.

The performance, which was originally envisioned to be performed on the McCarter stage, was reimagined in light of COVID-19 as a virtual experience that debuted in February on an interactive website where viewers can watch at their own pace. The show features 21 monologues of real stories ranging “from people with OCD to schizophrenia to depression to suicidal ideation,” said Debbie Bisno, McCarter’s resident producer. The website also includes resources, panel discussions, and related research.

Bisno said reactions to the performance have been positive, and it has reached thousands of viewers in its first few weeks online. The pandemic has amplified mental-health needs, and Bisno said she is glad this performance will be part of that conversation.

“I hope that what it does is demystify mental illness for people and that it reinforces that mental illness can be managed and there are ways to approach it,” she said. Bisno added she also hopes the show helps educate about the resources available to help those in need of help.