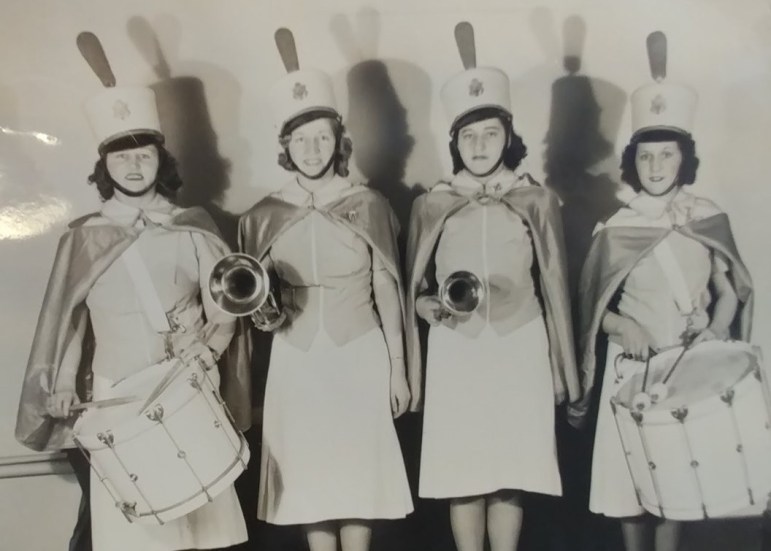 Loretta Agnes Seeber was born in Rochester in September 1911. One of eight children, her family described her as artistic, energetic, smart, and outspoken. She was also mentally ill and institutionalized at the Rochester Psychiatric Center until her death in 1989. Loretta was my grandmother.

May is Mental Health Month, a time to raise awareness of those living with mental or behavioral health issues. It’s also a time for families to talk about how mental illness has affected them, to help reduce the stigma that so many experiences. As I began to cope with my own mental health issues, I wanted to learn more about my maternal grandmother and her story.

Before writing this article the only thing I knew about her was that she was sick and that one day my grandfather called to have people come and take her away. It was a story I held onto as a child—in many ways, it was the only thing I had of her. She died 14 months after I was born. I never knew her. I never even knew if we’d met. The details of that story were more complicated than I imagined.

“I just remember my father crying on the couch after they came. I had never seen him cry,” says Sheila Cheeks, born Sheila Seeber, my mother and Loretta’s daughter. “He was upset, but he didn’t know what else to do.”

According to my mother, the first time Loretta was taken to the psychiatric hospital also was the first time she underwent electroshock therapy—a medical treatment used on patients with severe major depression or bipolar disorder.

“That worked and she was better. She was more motherly for a while,” says my mother, who remembers going to the beach and day trips to the Thousand Islands with her mother, father, and two brothers. But things deteriorated.

“She’d do all these things that people with mental problems do. … I remember her taking a hose and wetting down the wallpaper in the bedroom and there was water all over the place,” my mother says. “She jumped out of the car naked and (John) had to run down the street and get her. And John, my brother, when he was 10, I was 7, he found her hanging in the basement. He at 10 years of age cut her down.”

Lorretta would be taken back to the psychiatric hospital multiple times over the years. It took its toll.

“They had the old-fashioned thing, ‘Well, that’s your mother, you gotta love her.’ Well, yeah, but how can you love somebody that stays in bed all the time and doesn’t feed you,” my mother says. “My view at that time was she destroyed her family.”

One-third of people think their lives have been affected by a family member’s mental health. My mother described her childhood as lonely. With two brothers who were attached at the hip and a father who knew nothing about raising little girls, she was often left to her own devices. My grandmother’s illness had a ripple effect.

Children of parents with mental health issues are at higher risk to develop the same. According to the National Institutes of Health, the risk is particularly strong when a parent has bipolar disorder, schizophrenia, addiction, or depression.

My mother suffers from depression and takes prescribed medication. I recognized those same symptoms in myself.

I spent my 20s afraid of my own mind. I couldn’t understand how I was feeling and worried it was a sign of things to come. I hyper-fixated on the story of my grandmother being carted off and feared one day it would be my fate. That fear kept me from seeking help.

A study by the World Health Organization found that between 30 and 80 percent of people with mental health issues don’t seek treatment.

“Some of it is the stigma, some of it is they view it as a weakness, as having a weakness,” says Garry Spink M.D., a clinical psychologist with Rochester Regional Health. “They aren’t trying to avoid help. They don’t have time or transportation to get to the appointment and some people are ambivalent in whether they need it or not.”

But data shows people need treatment. Now more than ever. According to Mental Health America, during the COVID-19 pandemic 95 percent more people have looked into getting help for anxiety and 62 percent more people want help with depression. Spink says help is available.

At RRH, there’s the Behavioral Health Access and Crisis Center. Any adult struggling with mental health or substance abuse issues can go to the center for emergency treatment. You can also be connected to professionals for future care. Spink also recommends talking openly about how you’re feeling.

“It’s like medicine; anytime you feel like you’re struggling, just talking to people can be helpful,” Spink says.

A 2015 study by American University found that the stigma around mental illness is lessening among younger generations.

Being open about my family’s history with mental illness has helped me. It made me more honest with myself about my depression. It’s also changed the image I had of my grandmother. Her illness is no longer the first thing I think about when she comes to mind.

My mother’s perspective changed too. “When I got older and looked back on things, I understood more. My mother, I think, was a free spirit.”

Born Loretta Hennessey, my grandmother was a charming woman. According to my mother, she wasn’t uptight, uncommon for the times. That’s why people liked her. She was flippant and funny.

And I learned that we did in fact meet when she held me on her lap when I was a baby.

Strategies On How To Stop Aggressive Behavior In Toddlers