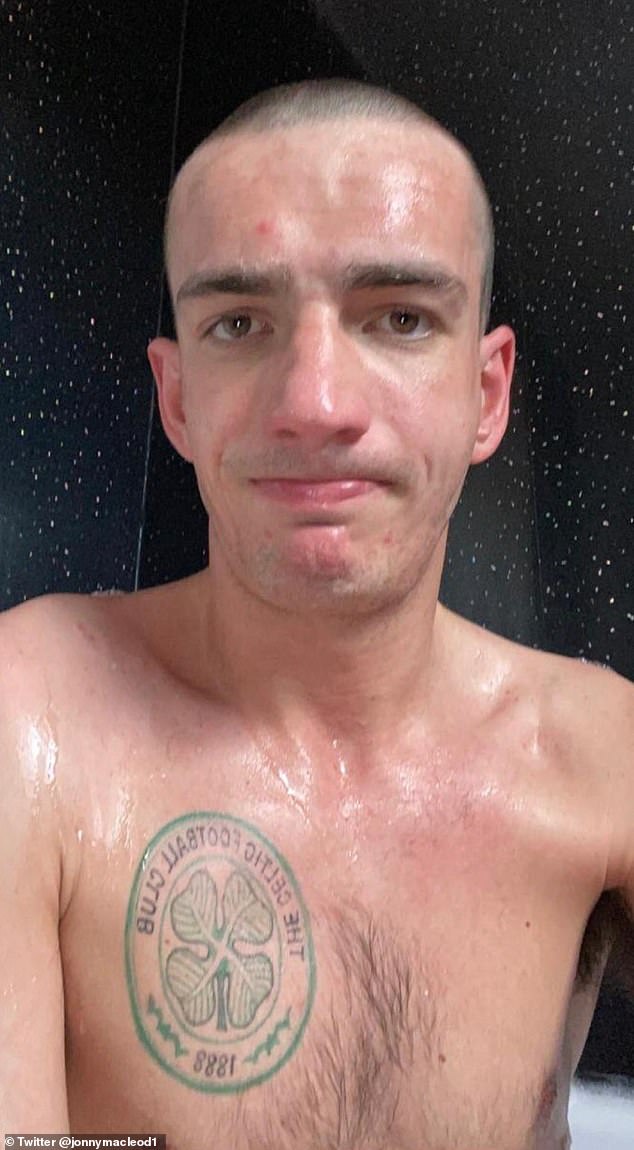 A cocaine addict, whose trust in the drug made him “worthless” and suicidal, shared how he used the coronavirus lockdown to get clean.

Jonathon Macleod, 24, of Motherwell, Scotland, started when he was 15 and regularly took it with him when he went to pubs and football matches with friends.

While initially delighted with the “buzz” it gave him, he admitted that he “fell into depression quickly” and would cry himself to sleep because he felt “he didn’t deserve it, to be alive “.

Jonathon Macleod, 24, of Motherwell, Scotland, started when he was 15 and regularly took it with him when he went to pubs and football matches with friends. Pictured in the grip of his addiction

He recently marked his sober 90-day milestone and shared his story on Twitter. He asks other people in his situation to seek help.

Speaking to UNILAD, Jonathon said his cocaine addiction made him fearful and paranoid and made him “guilty” about the way he treated his partner, family and friends.

“It didn’t matter who was in my life or what I had in life, I couldn’t stop even though I wanted to,” he explained.

“I’ve cried myself sometimes to sleep or not to sleep at all and tried to tell myself to stop and use my willpower not to do it again, but I would use over and over – I cried a lot even when I put cocaine up my nose. ‘

He added that the wrong person he adopted to cover up his addiction “crippled” him, especially when he was alone in his thoughts. 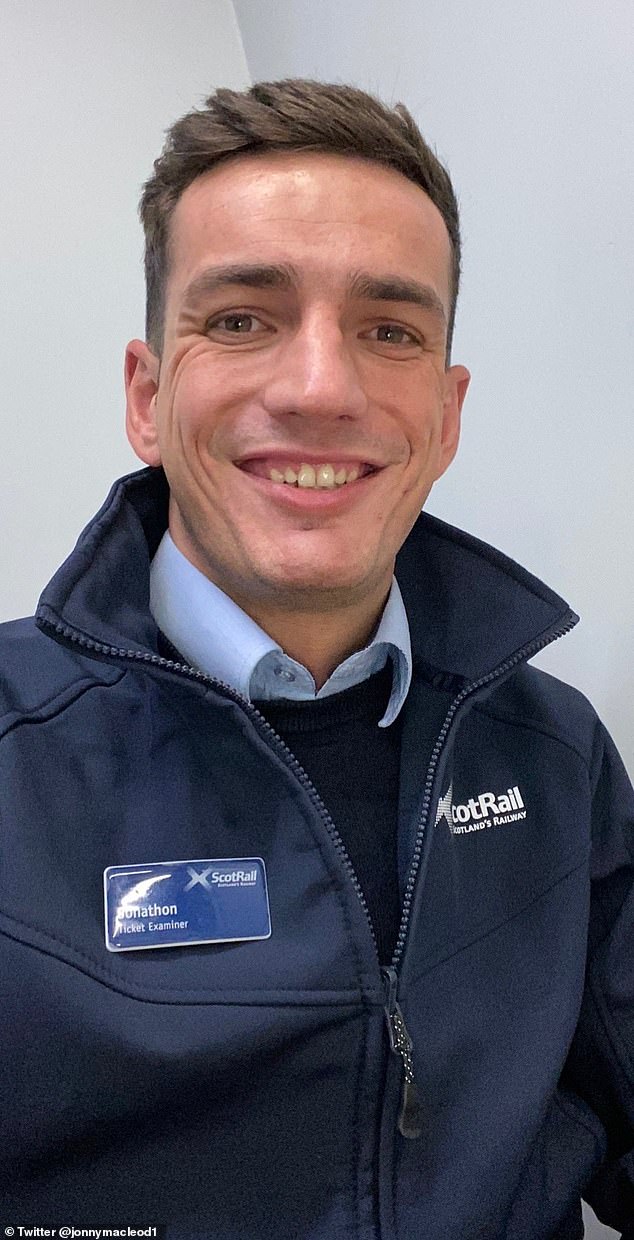 Jonathon recently marked his sober 90-day milestone and shared his story on Twitter. He urges other people in his situation to seek help (now pictured).

Jonathon shared how he regularly lied to ease his drug use and felt stripped of his “hardworking, honest, confident, funny, and caring” qualities. He also ran into financial difficulties when he struggled to pay his traders.

He added that he was so consumed with his addiction that he lost all pride in his appearance and stopped doing exercises.

There were a number of times he realized he would need help; Jonathon recalled being hospitalized several years ago after suffering a minor heart attack after a four-day cocaine attack.

But instead of addressing his problem, he admitted that the first thing he did after leaving the hospital was doing more drugs.

Jonathon was very close to suicide but told the publication that a photo of his girlfriend in his wallet prevented him from dealing with it.

The experience made him feel “completely devastated” – and the pandemic outbreak didn’t help as he used more drugs to fight the boredom of isolation. 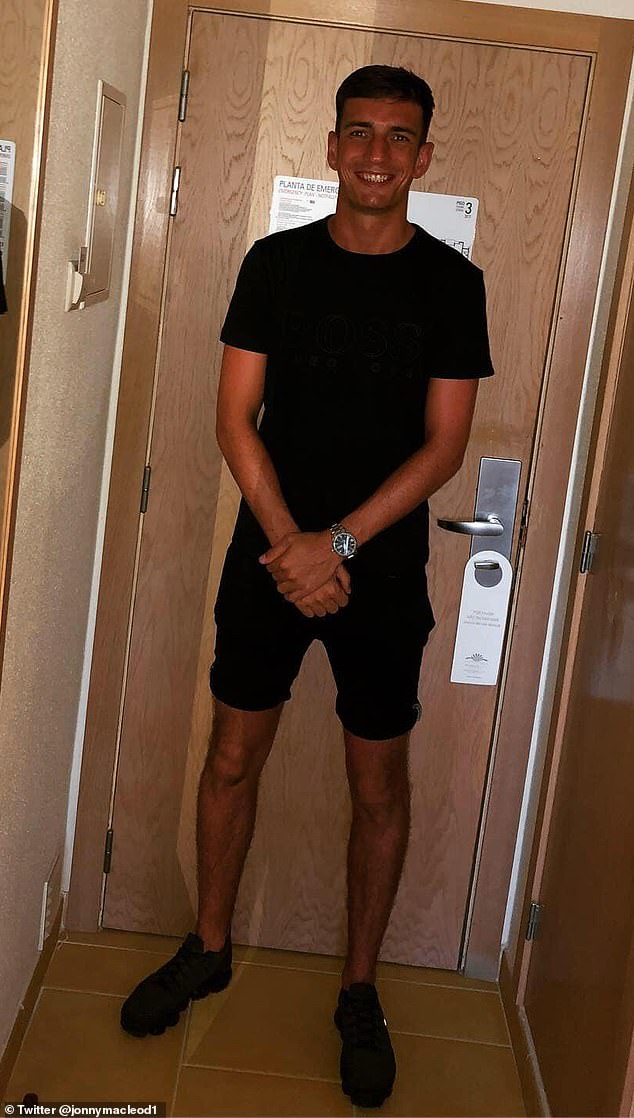 Jonathon said his cocaine addiction made him anxious, paranoid and “full of guilt” about the way he treated his partner, family and friends (pictured in April).

At this point, he was trying to take control of his addiction, using his free time and the lack of “triggering” soccer games and pubs to attend CA meetings.

He is now in step 10 of the 12 steps and credits his family and friends for helping him on his journey.

On the day he received his 90-day chip, Jonathon shared two photos of himself to show the difference between “punch in the middle of madness” and “clean and sober”.

“Speaking out and admitting that I needed help saved my life,” he wrote on Twitter, telling UNILAD that he would have ended up dead if he had not stopped using drugs.

Following the structured program, which wasn’t easy but “easier than the life he lived,” Jonathon said he was confident of staying on the right track.

For confidential assistance, log on to samaritans.org or call the Samaritans at 116 123.