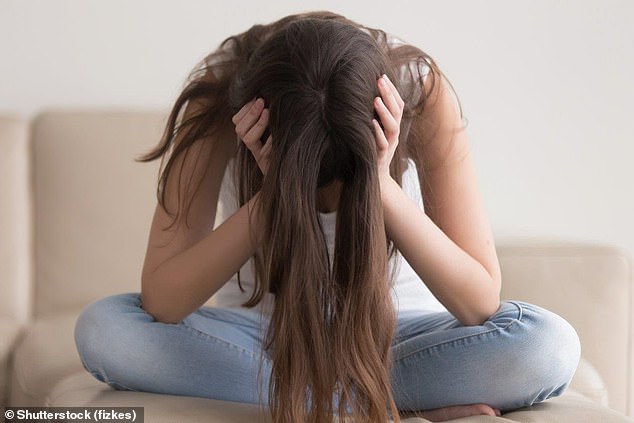 According to one study, children diagnosed with depression between the ages of five and 19 are six times more likely to die by age 31.

Researchers in Sweden followed 1.4 million people to test whether there was a link between depression in children or adolescents and poorer health in adulthood.

While they saw a 14-fold increase in the risk of death from self-harm that can be expected to be related to depression, they saw it too People who suffered from a mental disorder in their youth were more likely to have been diagnosed with dozens of serious illnesses.

Depression is one of the most common mental health problems and is becoming increasingly common in children and adolescents, according to studies.

The study conducted by the Karolinska Institutet in Stockholm found that around 2.8 percent of eight to 13 year olds suffer from the disease, along with 5.6 percent of 14 to 18 year olds.

The researchers behind it said it was the largest study to date to look at associations between mental and physical health in adult children.

However, they admitted that this did not prove that childhood depression directly caused people to develop the diseases as they age, and that they may have had the same causes or, for example, the connection worked differently.

According to a Swedish study, children and adolescents who suffer from depression live in poorer health in adulthood. 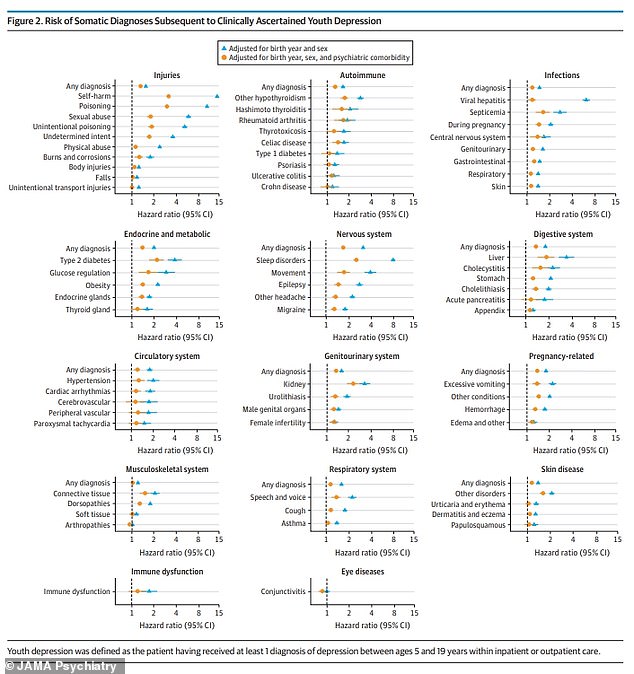 Under the direction of Dr. Sarah Bergen at Karolinska wrote the experts: “These results underscore the hypothesis that the morbidity of adolescent depression goes beyond psychiatric and neurological disorders, increases the burden of disease and questions quality of life and public health.”

They said that while they couldn’t prove that depression worsened health in adulthood, knowing the association would help doctors monitor patients.

In the study, which lasted 31 years from 1982 to 2013, a total of 37,185 people were diagnosed with depression during their childhood or adolescence. At the end of the study, all were between 17 and 31 years old.

Some of the people died from self harm – this was 14.6 times more likely in the depression group – but people developed other fatal diseases as well. The causes of death have not all been outlined.

The researchers looked at 69 different conditions and wondered how much more common they were in the depression group than in the healthy group.

They found differences between men and women.

In the paper, Dr. Bergen and her colleagues: “In many of the medical results examined, gender differences were observed.

“Both sexes with adolescent depression had an increased relative risk of diseases of the nervous system, type 2 diabetes, viral hepatitis, kidney diseases and liver diseases, among other things.”

The researchers made it clear that their work couldn’t prove that depression caused the other diseases.

It just showed that both were more likely to be in the same group of people – either one increased the other’s risk, which is possible either way, or other genetic or lifestyle factors that made both more likely.

They added, “It is important for future studies to determine whether the increased health problems observed are causative of depression, are due to common genetic or environmental risk factors, or whether the associations are due to reverse causation.”

The study was published in the American Medical Association’s journal JAMA Psychiatry.